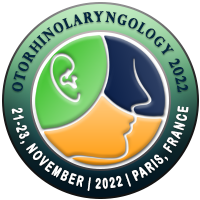 Dini Widiarni Widodo has completed his PHD at Universitas Indonesia Mayor in Science of Medicine. She is Consultant of Facial Plastic Reconstructive Surgery in Cipto Mangunkusumo Hospital. Jakata. Indonesia and a lecturer in Faculty of Medicine Universitas Indonesia. She has several publications since 2014 in national and international reputable journals. She is Head of Facial Reconstructive Surgery ORL-HNS Indonesia Study Group