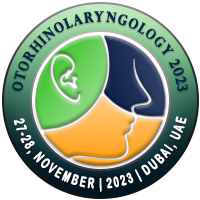 Upper aerodigestive tract cancers are a pressing public health issue being the sixth most common cancer in Australia. Up to date incidence and outcome data from the NT is sparse. Such information is crucial for planning and delivering appropriate levels of service and infrastructure provision.  Dual site HREC approval (TEHS and CAHS) was obtained. Northern Territory Cancer Registry identified 618 patients with upper aerodigestive tract malignancies diagnosed in the study period 1 January 2009 to 31 December 2016, of which 405 patients were deemed suitable for analysis after exclusions.
The overall incidence of UADTCs in the NT is 22.1 per 100,000 (M= 37.2: F=8.2). The mean age at presentation was 62.9 years, with a male predominance. The modal subsite is the oropharynx with 150 cases. Overall, 5-year survival is 43% which is behind the national standard of 64.7%. The incidence in the Aboriginal population is 24.8 vs non-Aboriginal 20.9 per 100 000 population. Aboriginal Australians are 1.9 times as likely to develop HNC and 3.4-times as likely to die as a result, compared to non-Aboriginal Australians.
We report unexpected findings on the relationships of these groups to disease aetiology, risk factors, comorbidities, and remoteness. A significant proportion of NT patients are palliative at presentations: NT survival outcomes with this group included and excluded compared to other published Australian results.
We discuss how our findings can translate to future service planning and delivery whilst respecting cultural safety and indigenous group engagement.

Nayellin has completed her master’s in surgery at the University of Sydney and currently is working as an Otolaryngology Registrar with a particular interest in Head and Neck, Pediatrics and Aboriginal Health. As part of her surgical experience, she had the privilege of working in Mexico City, New South Wales and Hobart, Australia.  It gives her great pleasure to provide professional and patient-centred care to the community of the Northern Territory, Australia.